The Social Supply Chain, An Interview with Jeff Ashcroft

Constance is the Senior Marketing Manager for the Institute of Business Forecasting and Planning and has been with the company for almost 9 years. In that time period, she has watched the community evolve from an audience at on site conferences, to a community who interact frequently. Constance has a B.S. from Hofstra University can be found on Linkedin and Twitter: http://twitter.com/constancek

I have been following Jeff Ashcroft’s informative tweets and interacting with him for some time now even though we never actually met in person prior to last month.  It was at the IBF booth at the APICS annual conference last month when Jeff approached us unassumingly. As soon as I looked up and saw Jeff, I said “I know you! I know you from Twitter” Jeff immediately responded by saying “No one has ever said that to me before”. Welcome to the Web 2.0 world.

Last week, Jeff was cordial enough to spend some time with me, providing insight on his work experiences and how he sees social media as playing a role within Supply Chain organizations.

CK: Tell us a little about yourself. How long have you been working in Supply Chain & Demand Planning and how did you get started?

JA: When I retire I am going to write a book called “I Fell into Logistics” which is what happened.  Following part time work at The Hudson’s Bay Company distribution centre I graduated during a major recession and needed a full time role as I was getting married that year. From there I moved through to top logistics job over a 15 year career learning by experience all along the way.  After the corporate VP role I was grooming for was eliminated, I left HBC to join Tibbett & Britten Group a major early mover in North American third party logistics.

As 3PL was new to North America at that time, the business grew rapidly from 20,000 sq ft of distribution space to over 20 million in five short years.  Most of these were major retail DC operations with the most notable being the creation of Wal-Mart’s coast to coast Distribution & Transportation operations across Canada in 1994 supporting their successful entry into the country. After leaving TBG I started my own consulting firm Strategic Logistics Partners providing many services in traditional logistics consulting as well as facilitating leading edge end-to-end multi company supply chain initiatives.  I moved these projects into PricewaterhouseCoopers in 2005 as Vice President Logistics/Supply Chain and Retail Advisory Leader for Canada over the following two years.  Strategic Logistics Partners continues to provide a variety of services to all levels of the supply chain and has taken an active role in the development & use of social media in the supply chain profession.

CK: When and how did you first enter the world of Social Media? How has it helped in your career thus far?

JA: Depending on how you define social media, you could say it goes all the way back to 1995 when I launched my first website Logistics World where I “blogged” before the term was even coined. In 1999 I built and launched the About.com Logistics/Supply Chain site with many community features through a Discussion Forum, weekly Newsletter and interactive chats held on a regular basis with key industry folks generating tens of thousands of page views per week.  In 2004 was when I first began using LinkedIn which was again before anyone used the term social media, but it was a very useful “networking” tool and also allowed you to always find a contact name for any company you wished to approach, a very useful tool in sales.

However, within a year of the acquisition of About.com by The New York Times I left the About.com site and created Supply Chain Network www.supplychainnetwork.com which continues today as a successful logistics blogzine site with a weekly SCN Newsbrief newsletter. Additionally in 2008 Green Supply Chain Network www.greenscn.com was launched to allow us to cope with the volume of information being generated in regards to green logistics and supply chain management and discuss the associated issues we now all face. In addition to the blogging, use of both LinkedIn and now extensively Twitter.

On the career side, I have found that LinkedIn allows me to be a better networker than if I was to work without it. For example, over my career I have met , interacted and worked with many people who are constantly moving and by being “out there” on LinkedIn allows those people I’ve either lost touch with or decide they need to reach out to me to find and reconnect with me more rapidly and easily than through conventional means.

CK: What social media networks do you utilize and which do you feel is the most engaging?

JA: As noted above, the two I use most and most frequently are Linked In and Twitter. There are many, many, many social media sites and services out there and my feeling is if you try and use them all, you will drown and potentially not be effective on any of them.

On LinkedIn I now have   2,116 direct connections, 706,600+ 2nd level, 12,839,100 3rd level for a total potential introduction reach of 13,547,800 people.  And one of the most important features and functions of LinkedIn is the Groups function where I run 10 Groups and belong to 40 more. Specifically relevant to IBF folks would be the SCN Inventory Management Group http://ow.ly/FkD1 , the Vendor Managed Inventory Group http://ow.ly/FkyI and the overall  SCN Supply Chain Network Group http://ow.ly/FkDv .

On Twitter now across all my supply chain and logistics related accounts I have a total Followed of 16,100 and 12,200 Followers and the growth of these is accelerating as the total number of Twitter users grows and also as more and more logistics & supply chain professionals join Twitter.  Some of the relevant Twitter accounts I utilize that would be of interest are:

Some of the uses of Twitter are mentioned in the ISM article however one big benefit which every individual should capitalize on is the ability to leverage use, position and activity in social media in order to enhance your role and status within organizations. The early adopters in this case have much to gain over laggards who insist in keeping their heads in the sand when it comes to engaging in the social media world and do this at their own peril.

Now also emerging is Google Wave which basically allows you to track waves of communication threads from across all social networks and have more immediate chat type discussions. Initially it looks like Twitter on steroids, but I am still evaluating if it will get a long term place in my social media toolkit.

CK: How do you feel social media has changed the face of the Demand Planning Field and how do you feel it will effect the field in the future?”

JA: Yes I certainly do feel there will be major impacts and these will relate initially to increased communication and collaboration up and down supply chains and the breaking down of the silos between functional areas and between trading partners, carriers and all stakeholders and actors.

There are a number of other supply chain uses and implications and rather than restate them all here, it is easier to direct you to my Social Media in the Supply Chain article recently published in the ISM’s Inside Supply Management publication.  http://ow.ly/u2mn

If social media evolves as it currently appears, it could also become a great medium for consumer demand sensing, especially for new products which are very difficult to manage.     And for all products there is no doubt that getting an earlier demand signal can be very valuable. Also, there are an untold number of neural network inputs which will now become more readily and cost effectively available through social media channels that can be integrated into making forecasting even more accurate in the future.

CK: Do you have any recommendations for those new to demand planning and or social media?

JA: Get on with it!! Don’t waste another day wondering what the value will be, the value is there, it is real and the sooner you get on these networks and acclimatized to them, the sooner you and your organization will be in a position to reap the benefits. Get the jump on both your co-workers and competitors so you are working from a position of information strength. What this is all about is communication, communication, communication one thing I think most will agree that there is not enough of in the world today which leads to many of the problems we face in supply chains.

CK: Jeff, thanks again for your time in sharing social ideas in the supply chain.

IBF moderates conversations happening on Linkedin, Facebook and Twitter. The global networks are growing every day.  Join the conversation if you have not done so already.  I look forward to seeing you online as well as onsite at an upcoming event. 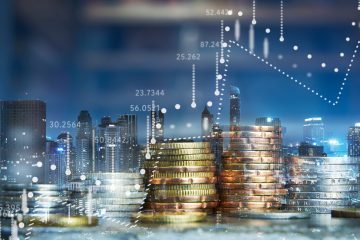 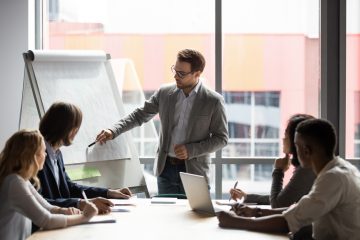 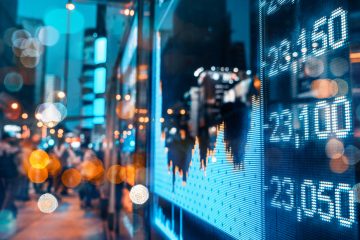