Anish is the Managing Director of The Institute of Business Forecasting & Planning.

We all know a strike, natural disaster, large scale power failure/ black out, major retail customer dropping you as a supplier, major competitor dropping out of the market, recall of a product due to contamination and more can have a major impact on your demand, for the worse and for the worse (yes, I said it twice).  For the worse #1, the demand for many of your products will take a nose dive, and you’re left with ageing stock without liquidity.  And for the worse #2, you experience shortages and stock-outs because of your inability to handle the sudden surge in demand, leading to loss of opportunity and possibly loss of customers for good.

Last week we lost one of the greatest entertainers, arguably, of all time, the “King of Pop,” Michael Jackson. Personally, this was very difficult to handle when my childhood was spent trying to dance and moonwalk to “Billy Jean” and “Thriller.”  I know I am not alone.  So don’t be afraid to admit it as you know who you are :).  Regardless of your personal opinions of Michael, his reach and world wide interest is indisputable.

Of course, resulting from this shocking news, we are now seeing an astronomical surge in demand for every item related to Michael Jackson, from books to dvd’s, cd’s, mp3’s, and even internet domain names with Michael Jackson as part of the name.  If you search “Michael Jackson domain” on ebay, you’ll see website domains selling for $1,000,000 (USD)+ (as of June 26, 2009).  You will not only find domains for sale such as inmemoryofmichaeljackson.org, but also  michaeljacksonwear.com for those who want to build an online store to sell replicas of Michael Jackson’s sequenced glove, or his red Thriller jacket, and more. I am always fascinated by the ingenuity and creativity of many opportunists who attempt to capitalize on the happenings in the world.

As a junk yard for car parts capitalize on automobile accidents for more business, there are many businesses that will benefit from the death of Michael Jackson.  Although, we are sure, many would not have wanted to gain new business this way. I don’t think they’re unhappy either, especially in this difficult economy for many.  It appears there are a scarce number of stores right now where you can find his cd’s, dvd’s, and books about his life, where I am sure prices are currently skyrocketing.  I also believe this is true for his classic clothing and other memorabilia. Of course, this is certainly an outlier as no one expected his death to come so prematurely?

Furthermore, as surprising as it seems, the electronic/ virtual supply chains or supply chains that package news and information as electronic data are also impacted by his death.  Who would have thought with cloud computing and the promise of near unlimited bandwidth, computer power,  and storage that google search, google news, AOL Instant Messenger, and twitter.com would fail for significant periods of time caused by the outpouring of people around the world sharing their emotions, feelings, and searching for Michael Jackson news through these platforms?  A quote from CNN, “How many people does it take to break the Internet? On June 25, we found out it’s just one – that one is Michael Jackson”  I also heard some one saying how funny it is when the real time web breaks news, but the news ends up breaking the web? Another FYI, when these platforms went down, many election protestors in Iran had no medium to share the brutal violence being faced by their own military?

In the States, the power companies handle a sudden jump in a cities temperature by buying more electricity from other locations and sending it to where needed.  Are we naïve to think that some of the behemoths of the internet, such as google don’t have this type of electronic supply chain flexibility, nor do they have proper risk management plans for handling this unforeseen surge in demand? If they didn’t before, I am sure they must be putting the pieces in place to have them now.  Google themselves said the number of queries for Michael Jackson was “Volcanic” and initially thought they were being attacked, which forced the site to automatically be shut down for the wrong reason. Personally, I hope our government is more proactive on potential risks to the country than the corporate world.

I bet that the companies that will truly benefit from this unexpected demand are the ones that have formal collaborative processes such as Sales & Operations Planning (S&OP) that can quickly gather input on what’s happening in the marketplace, sit together in one room, along with members of senior management, and work out a plan to take advantage of this challenge.  Of course, it must go hand in hand with an agile and more flexible supply chain to make it happen.  Plus, your demand planning & forecasting team must be efficiently running as well.

When I think of agile supply chains, one company that comes to my mind is the clothing company Zara.  Zara sells premium clothing to women as well as men.  Fashion products tend to have shorter life cycles with extremely selective customers, making forecasting and planning a major challenge. It’s almost like dealing with an “outlier” every day.  However, Zara has been heralded for being able to quickly incorporate the latest trends and fashion into clothing that can be on the racks in a matter of a few weeks, which is remarkable.

Therefore, the companies that can react to sudden changes in the marketplace and incorporate every major input into the decision making process, stands to fatten their bottom line quite well.

Again, personally, I would have preferred not to have written a post referring to Michael Jackson’s death.  Our heart filled condolences go out to his children and family during this difficult time. But, this ”phenomenon” has  a real impact on business and it cannot be ignored.
Can your business survive or greatly capitalize on a future “phenomenon”?

Your comments and experience are welcome 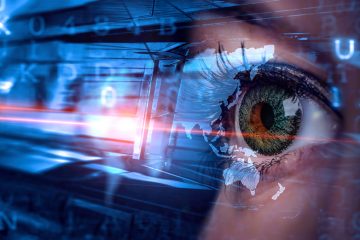 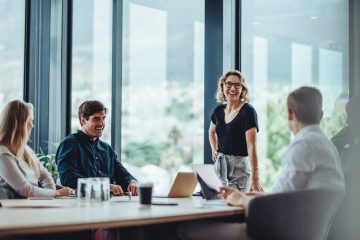 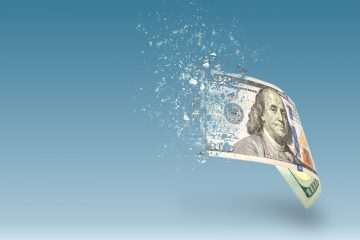