What goes around comes around. Many years ago, when I was young, people in the Northeast and Midwest were upset because they were losing jobs to the South. Let’s call that Phase 1.

Later, people all over the U.S. were upset because so many jobs were going to Mexico. That’s Phase 2, and it was followed by Phase 3: jobs going to Japan. After that, we saw Phase 4: people in Japan deeply concerned about their jobs going to China.

Now we’re in Phase 5, where the Chinese are worried about jobs going to Southeast Asia and, lo and behold, also to North America: Mexico, Canada, and the U.S. And Phase 6, when it comes, will be – anybody’s guess. What goes around comes around.

I am most definitely not making light of job loss, but rather the reverse.  I feel the current unemployment situation keenly, as our brothers and sisters both biological and otherwise, our friends and neighbors, our former colleagues and co-workers are looking for work and just can’t find anything open. Brutal.

Here’s a tiny bit of good news. The June 15 issue of Business Week ran an article titled: “China’s Eroding Advantage.” The article cites increased costs in China as pushing up their prices and hence decreasing the once sizable advantage tied to the “China Price.” A 2005 study showed that Chinese-made parts were 22% cheaper f.o.b. port of entry. By 2008, this cost advantage decreased to about 5%. I think that qualifies as good news.

Further, as the article points out, North American purchasers today are putting greater emphasis on total purchase cost as opposed to merely the raw purchase price. These additional costs involve such things as:

Yes, there is a bit of good news here: manufacturing is starting to come back on shore. We surely need more than that to solve this crushing unemployment problem, but maybe it’s a start.

Winston Churchill said after the Battle of El Alamein in World War II: “This is not the end, nor is it the beginning of the end, but it is perhaps the end of the beginning.” I hope that fits our current situation.

The Institute of Business Forecasting & Planning – IBF and I look forward to your comments and thoughts. 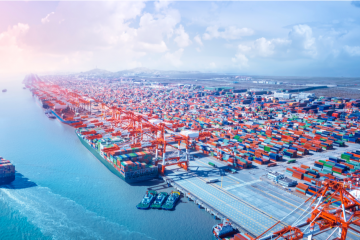 What’s Next? Supply Chain Trends For 2022 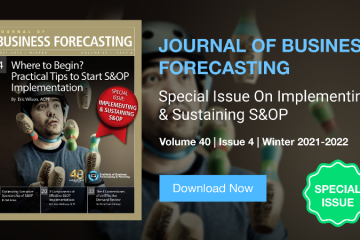 Journal Of Business Forecasting: Letter From The Editor 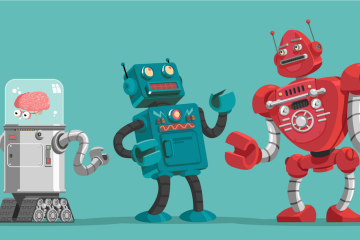 No, AI Isn’t Coming For Your Demand Planning Job