Blockchain In Supply Chain – Nothing But Hype?

Blockchain is set to revolutionize how businesses operate, including the Demand Planning and Forecasting functions. Although a relatively new invention, it has the potential to digitize our entire supply chains. Companies will be able to track, predict and manage inventory down to the item level, using the Internet of Things and Machine Learning to make split-second decisions and transactions. Truly revolutionary!

Or it is all just hype, and Blockchain will never go beyond cryptocurrencies like Bitcoin. Honestly, I am the first to admit I have no idea – if you’re being honest as well, you don’t either.

IBF Research Into Blockchain Is Surprising

At the end of 2017, the Institute of Business Forecasting (IBF) asked Demand Planning and Forecasting professionals how the discipline would look in the year 2025. (Ed: this is the second in a series of articles discussing the results – this is the first].

One of the questions we asked was a kind of ‘buzz word bingo’ where we asked respondents what the next big thing to impact Demand Planning will be. Of the 200-plus respondents, who chose from 20 options, blockchain came in at 10th place –  behind other emerging or tested technology such as Big Data, the Internet of Things, Machine Learning, and cognitive technology.

When looking at the research data, it is difficult to draw definitive conclusions. This data will be our baseline for future research and will indicate where things are going rather than where they are now. Keeping this in mind, with blockchain even making this list at all, it could be a sign of things to come. Could it be a case of people having heard of it, or even knowing a lot about it, but unsure how to leverage it for business planning and Supply Chain Optimization? Could interest pick up when Demand Planners, Forecasters and Data Scientists think about how it applies to their own supply chains?

Difficulty in defining what it is, causes a lot misinformation and confusion about how blockchain can be applied.

Even the Experts Don’t know How Blockchain Can Be Used

When it comes to blockchain there has never been so much written by people who know so little. A survey of over 200 board-level executives recently found that while over half of businesses sampled are planning blockchain initiatives, more than 40% of non-IT/data senior executives admit to not fully understanding blockchain technology. Radia Perlman of Sun Microsystems, who is known as the “Mother of the Internet”, admitted that she cannot distinguish exactly what makes something blockchain technology. She says this difficulty in defining what it is causes a lot misinformation and confusion about how blockchain can be applied. In short, not even the greatest minds in computing know what it can be used for.

So what else does blockchain bring to the table that helps tackle real Demand Planning and Forecasting challenges? I don’t see anybody answering that question. 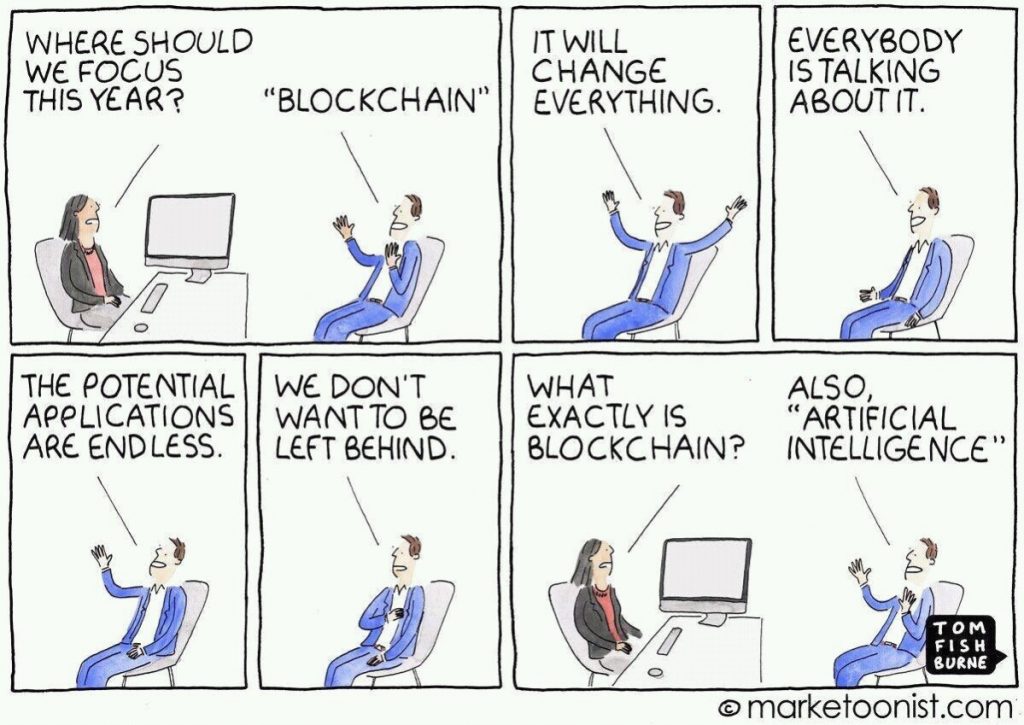 Beyond Cryptocurrencies: Can Blockchain Be Applied to Supply Chain?

I admit we are still early in the game and what we are seeing today is merely the tip of the iceberg for a nascent technology. Cryptocurrencies such as Bitcoin may have captured the public’s imagination but it is blockchain’s underlying technology that may prove to be of real and practical benefit to organizations. Many industries are already exploring its benefits and testing its limitations, with financial services leading the way. Blockchain is starting to find its way into supply chains as well, boosting transaction speed across borders and improving transparency. While I am still holding out for any use cases specifically in Demand Planning and Predictive Analytics, blockchain may at some point allow multiple parties to transfer and store data in a space that is permanent and easily accessible.

In logistics, a troubling new trend is fictitious pickups. One known blockchain pilot (or use case program) involved Maersk and IBM. It centered on creating a digital distributed ledger to create a single electronic place where all the myriad documents related to a shipment could be housed. In theory, this would help with the fictitious pickup problem by providing a permanent secure ledger that everyone is reading off. If it works effectively, blockchain will have a proven application that solves a specific problem and adds serious value.

There Are Two Sides To The Bitcoin Debate

Although some say the underlining blockchain technology is revolutionary, it is not without healthy skepticism too. Every use case seems to amount to little more than adding a distributed, encrypted, anonymous ledger where none has been needed. Or in the words of Radia Perlman, “Just because you can do something with it (blockchain) doesn’t mean it couldn’t have been done before using an already tested method. And it doesn’t mean it’s the best solution.”

When it comes to data, some see blockchain as making perfect sense; you break up your document into ‘blocks’, encrypt them, and then put them in a distributed ledger replicated immutably across ten thousand servers.

As it happens, blockchain in its current state is just a terrible way to store data. It is one-factor authorization – you cannot unshare it or track who is accessing it. It is not very efficient either; its only application to date (Bitcoin) consumes more electricity than all of Ireland. Imagine what a thousand Internet-of-Things or applications would consume! I yield to the fact that we are early in the evolution of a new technology but facts are facts – the Bitcoin blockchain has consumed almost a billion dollars’ worth of electricity to hash an amount of data equivalent to a sixth of what you get for a monthly ten-dollar Dropbox subscription.

Blockchain May Be a Security Nightmare

It’s not that I don’t see the immense benefits of a secure ledger but it is difficult to argue that smart contracts provide tangible benefits, or drive Predictive Analytics capabilities. When it comes to Big Data (at least right now) it is not providing any real competitive edge for companies, and other emerging technologies may better serve business analytics.

As far as the common security argument goes, anyone who controls fifty-one percent of the nodes on the network can take control of the entire network and steal all the data. It works very well for an application such as Bitcoin or other large multiple node distributed information but this means for niche implementations your data is liable to be compromised. To get around this, a company can own all the ledgers, but guess what? That defeats the purpose of blockchain altogether. So what else does blockchain bring to the table that helps tackle real Demand Planning and Forecasting challenges? I don’t see anybody answering that question.

Blockchain technology holds promise, but it is far from flawless. Much of the current generation of blockchain is clunky, geeky and user-unfriendly, and as far as efficiency and the environment are concerned, it is a disaster. I do not want to be “that” guy who says there is no use beyond distributed ledgers but I do not know enough yet to say if it is capable of adding value to the Demand Planning world. It will be interesting to see where blockchain emerges as a buzzword in future surveys and where fellow practitioners think it may impact their lives. Maybe it will evolve to be useful, practical and environmentally friendly. But we have long way to go before we witness any real benefits in our field. 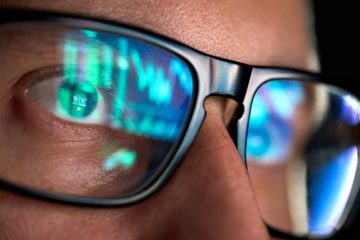 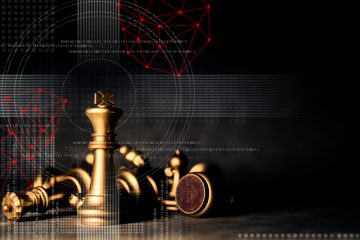 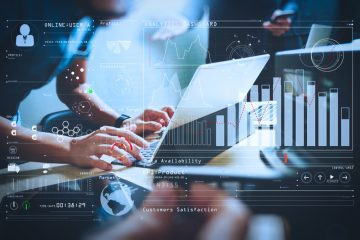